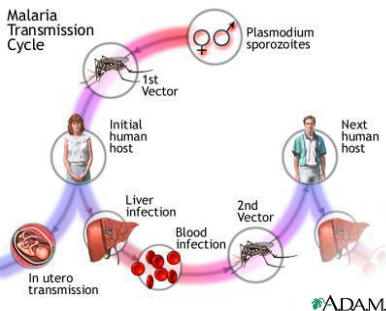 Malaria: It's Symptoms, How it spreads, How we Can Naturally Resist it, and How We Treat it
Infectious diseases including malaria have been known to induce autoimmunity. The mechanism behind this is not well understood. One of the common autoimmune responses after malaria infection is severe anemia caused by autoantibodies.

Malaria is a disease transmitted by mosquitoes.  In a disease like Malaria, humans that are constantly exposed to Malaria have developed a resistance to it through mutations. Malaria is a parasitic virus that is transmitted by the mosquitoes to the humans. The mosquitoes usually at night seeks the carbon-dioxide producing human. Since its being attracted by the carbon dioxide the mosquito will usually attack the face area. The mosquito is seeking a fill of blood so it is similar to a Dracula which comes at night and is seeking to fill its belly with blood. 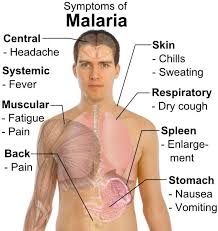 The way malaria is spread can be separated into three stages.

Stage one, entering the mosquito

The vector for malaria is a mosquito. When a mosquito bites a human infected with malaria plasmodia enter the insect's body and reproduce in its stomach. The new protozoan make their way up to the mosquito's saliva.