Cancer Terrorist
Bacteria From Alan Cantwell MD Cancer bacteria refers to bacteria (not viruses) known or suspected to cause cancer. Some of these may in fact be opportunists: bacteria present in the environment, that colonize a host made vulnerable by cancer. As such, cancer would be the cause, and bacterial infections the effect, rather than the other way around. Please see MycoPlasma Bacteria the terrorist inside 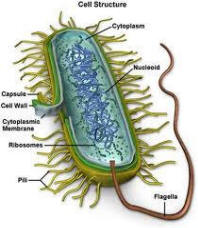 In 1890, German bacteriologist Robert Koch defined four requirements to prove that a given organism causes a given disease. These requirements, known as Koch's postulates, guide research into the bacterial cause of many diseases, including cancer, and establish a gold standard of evidence consistent with "proof". se cancer

3 History
4 Cancer Bacteria as Contaminants
5 References
6 See also
Known To Cause Cancer
Helicobacter pylori colonizes the human stomach and duodenum. In some cases it may cause stomach cancer and MALT lymphoma. Animal models have demonstrated Koch's third and fourth postulates for the role of Helicobacter pylori in the causation of stomach cancer.
Suspected Of Causing Cancer
,
,
Mycoplasma has been implicated in the formation of cancer. Specific reports include:
Mycoplasma can "induce malignant transformation of host mammalian cells" by means of "aberrant expression of oncogenes and tumor repressors".
A "Mycoplasma hyorhinis-encoded protein known as p37..(could) infect humans and may facilitate tumor invasiveness".
A "significantly high existence of Mycoplasma sp. DNA" has been reported "in the tissues of patients with conventional (renal cell carcinoma)" as opposed to normal controls.
"Mycoplasma infection can be detected in many tumor tissues, continuous infection of mycoplasma can lead to transformation of mammalian cells, up-regulating expression of oncogenes, and some biologic changes of tumor cells, suggesting association of Mycoplasma infection with tumorigenesis"
A number of other bacteria have associations with cancer, although their possible role in carcinogenesis is unclear. Salmonella typhi is associated with gallbladder cancer, Streptococcus bovis is associated with colorectal cancer and Chlamydia pneumoniae with lung cancer.

History
In 1890, the Scottish pathologist William Russell reported circumstantial evidence for the bacterial cause of cancer . In 1926, Canadian physician Thomas Glover reported that he could consistently isolate a specific bacterium from the neoplastic tissues of animals and humans.[ One review summarized Glover's report as follows:
"The author reports the isolation of a pleomorphic organism from various types of cancer which can be grown in pure cultures in its several phases. He produced a serum from it which has given remarkable results in a series of 50 reported cases. This is very important, if true. We suppose the Cancer Society will give an opinion later on the reliability of the findings. Continue to Cancer caused by bacteria 😏